DeAndre Yedlin finished his loan spell at Sunderland in what USMNT boss Jurgen Klinsmann described as a “thrilling season” for the on-loan right-back. Although contracted to Tottenham, there is a possible chance that Yedlin could return to Wearside in the summer on a permanent deal. Yedlin impressed Allardyce towards the end of the season and is seemingly ready to make an offer for the Spurs defender.

The 22-year-old spent the season on loan at Sunderland, making 22 appearances for the Black Cats. Yedlin had a tough start at Sunderland, underlined when he was brought off after 19 minutes against Watford in a moment he described as “embarrassing”, however, Billy Jones’ injury was a blessing in disguise for the full-back, as this gave him an opportunity to show Allardyce what he was capable of.

Following a good run in the side since January, Yedlin assisted the ultimate goal in the relegation battle as he crossed for Jermain Defoe who scored the winning goal in the 3-2 victory over Chelsea; and was also part of the defence which kept a clean sheet in the 3-0 win against Everton which confirmed safety for The Black Cats.

With arguably Kyle Walker and Kieran Trippier above Yedlin in the pecking order over the full-back slot at Tottenham, there are doubts over the U.S International’s future at White Hart Lane. Yedlin told SAFC.com before he jetted off to Miami to meet up with the U.S national team, “My time at Sunderland has been unbelievable, I feel blessed to have had the chance to play for Sunderland.” Following the final game of the season at Watford, there were positive comments from Big Sam about Yedlin – as the Sunderland boss confirmed that he would hold talks with Yann M’Vila, DeAndre Yedlin and Dame N’Doye about their futures on Wearside the following their loan stints at the Stadium of Light.

Yedlin confirmed that he is keeping “all doors open” amid reports of Sunderland ready to offer £2m for the right-back, who is participating in the Copa America tournament this summer.

Should SAFC move for DeAndre Yedlin? 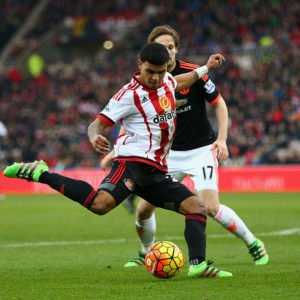 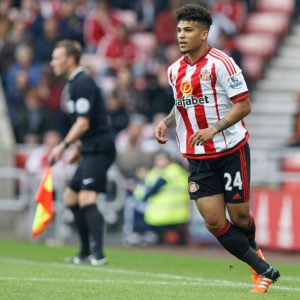